When In Rome – Part II 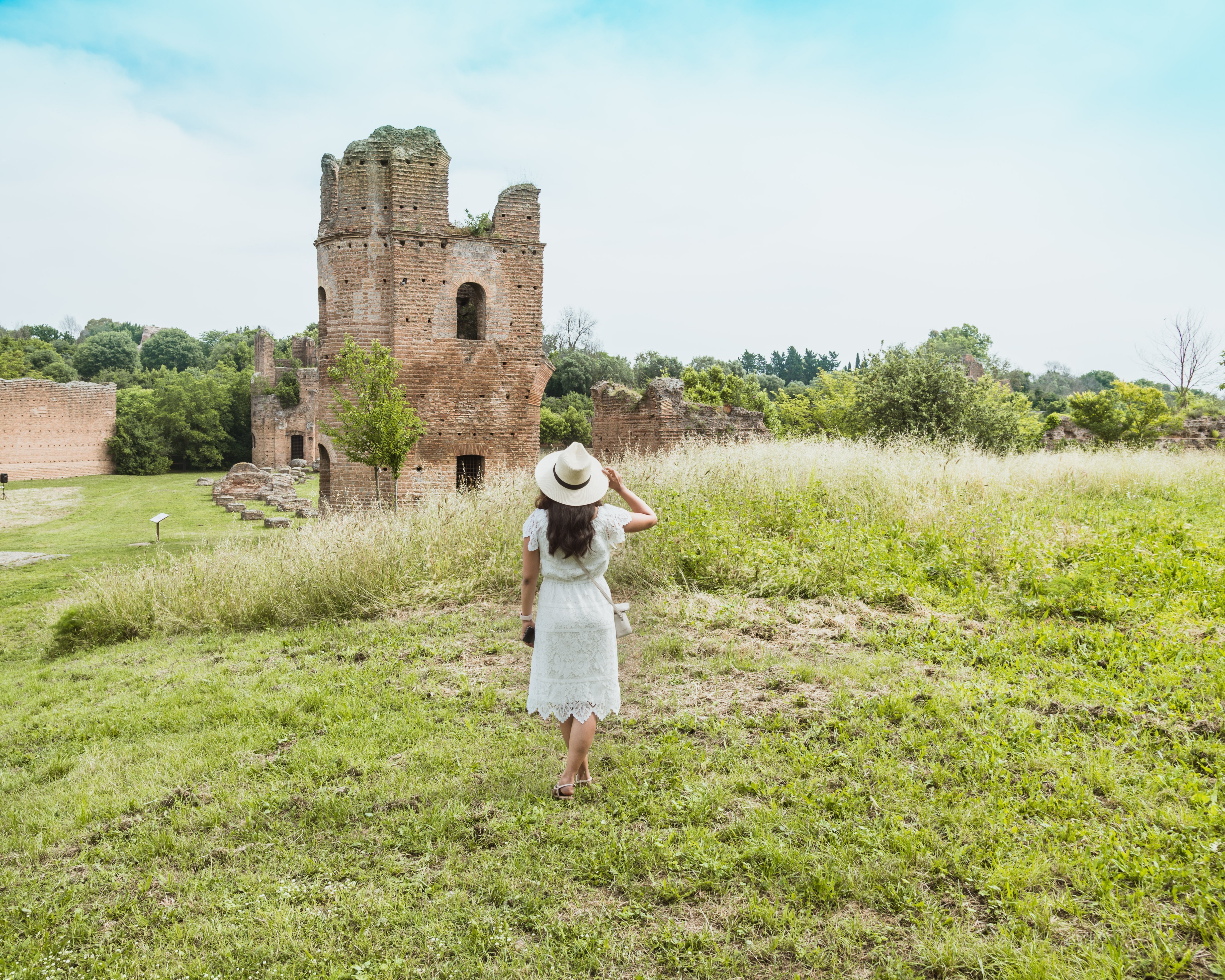 Rome was a poem pressed into service as a city. – Anatole Broyard

I wrote about the most famous landmarks of Rome in my previous post. In this post, I am going to delve into the other side of Rome, it’s hidden gems and peaceful surroundings. Although some of the places mentioned below are in the center of the city, they are easy to miss. So I’ve included them here! 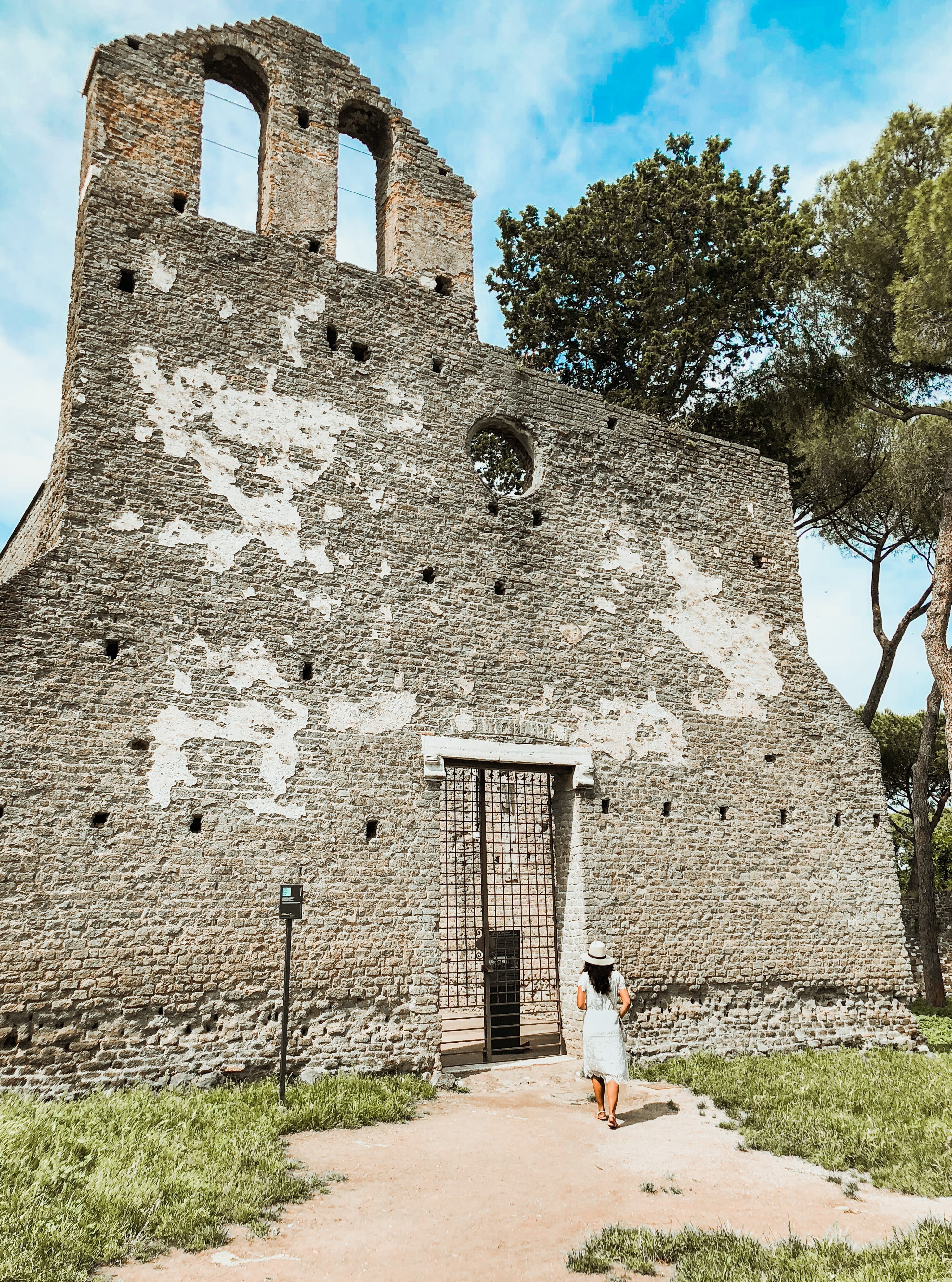 The splendor of ancient architecture and museums of Rome can be overwhelming after a few days. Hence, we took a break and explored the parks away from the city and the suburbs of Rome. The change of scenery was much needed from the grandeur of Rome. And I am so glad we did it! It was a nice change in scenery and we got to explore the not-so-touristy parts. 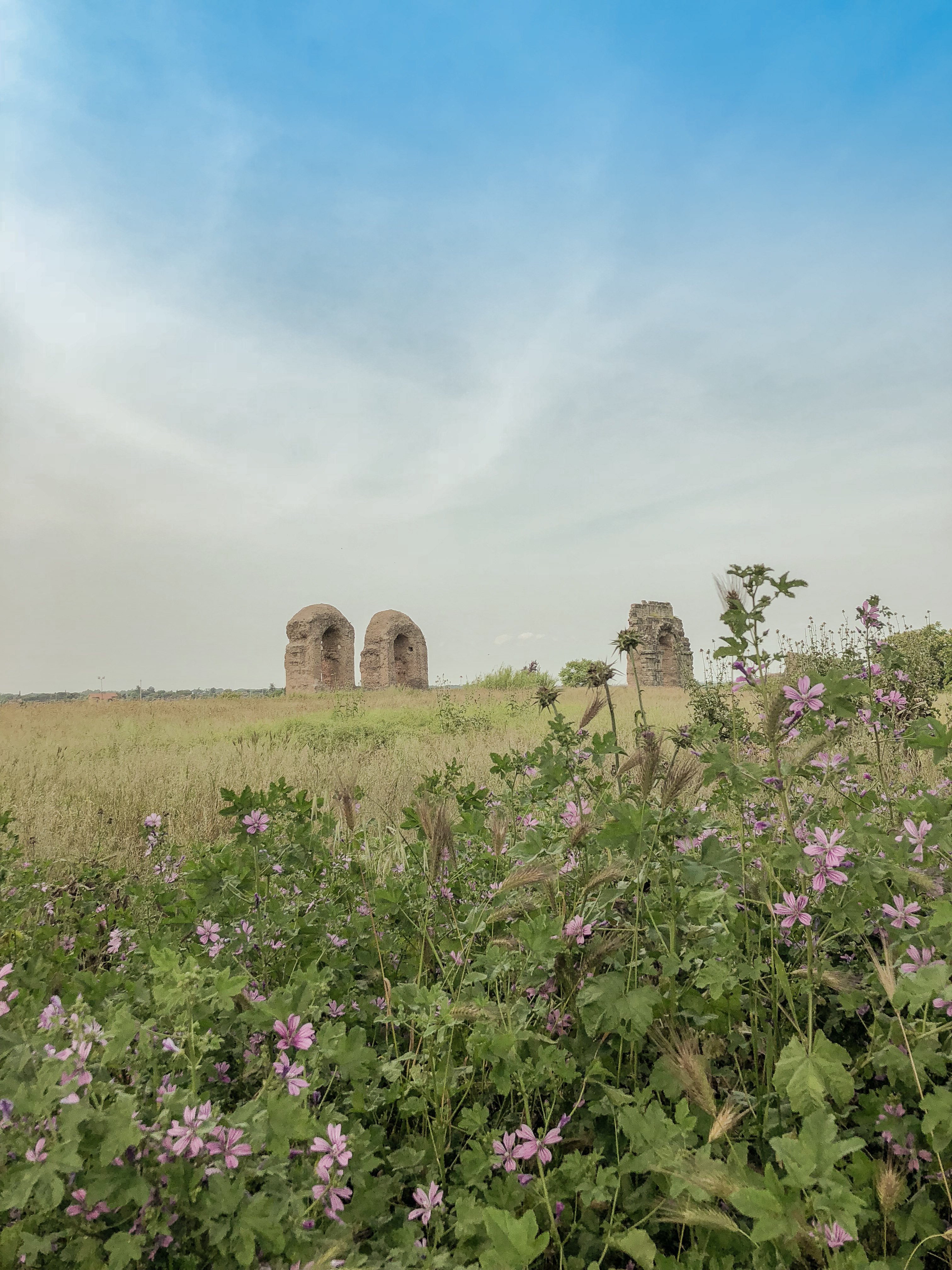 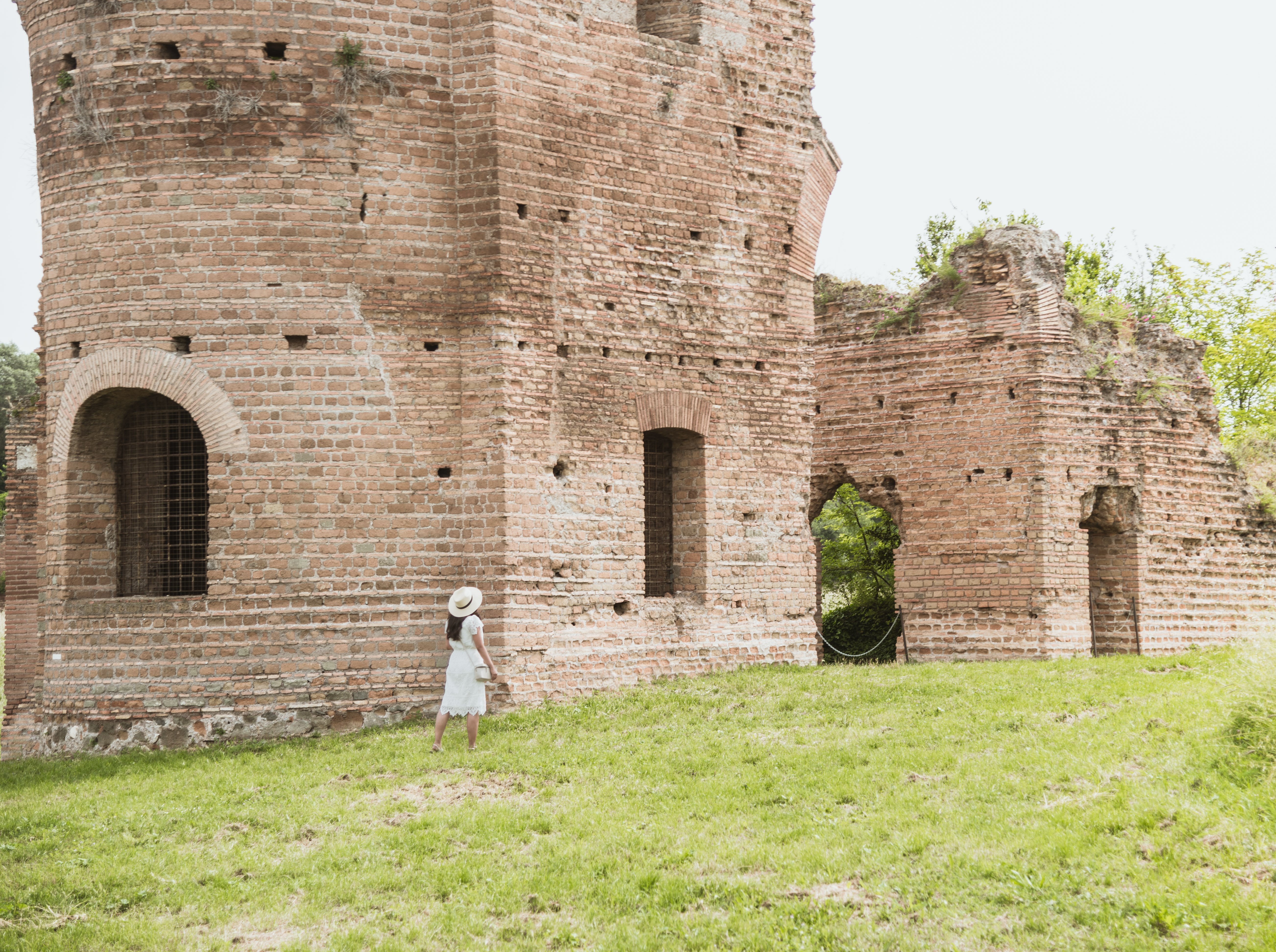 Built in 312BC, this is one of the earliest roads in Ancient Rome and is widely considered the first highway of Europe . It is no big deal ;); it’s only about 2300 years’ old and parts of it still exist and are used today!! I was blown away by this and was definitely going to visit. Where else would I get a chance to walk on such a historic road? We walked, biked and explored more ancient ruins along the road. It was not the most pleasant bike ride (the huge rocks are a bit of a problem you see!) but to be able to walk and bike on one of the oldest roads, a path taken by the greats of history was a surreal experience. 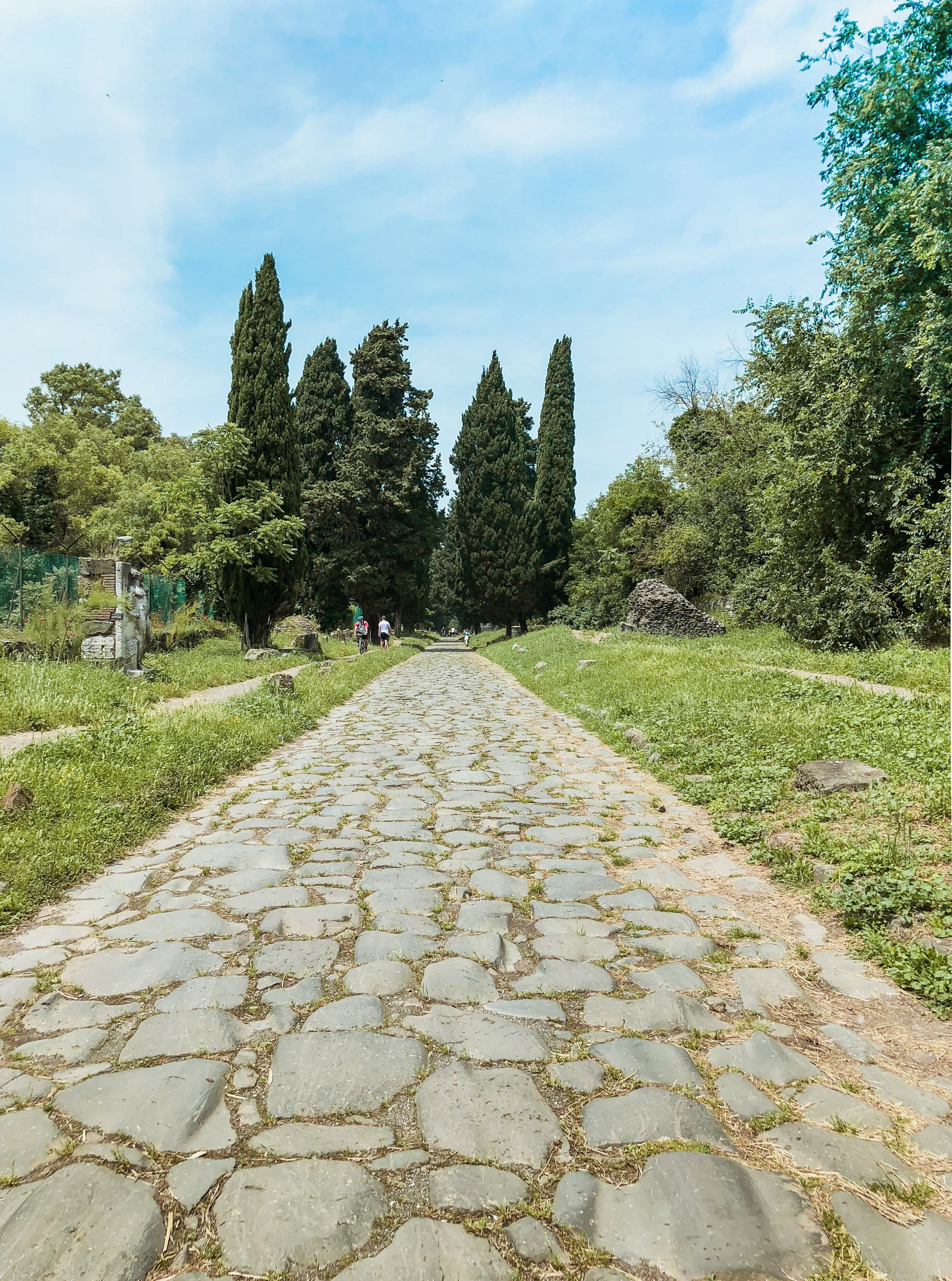 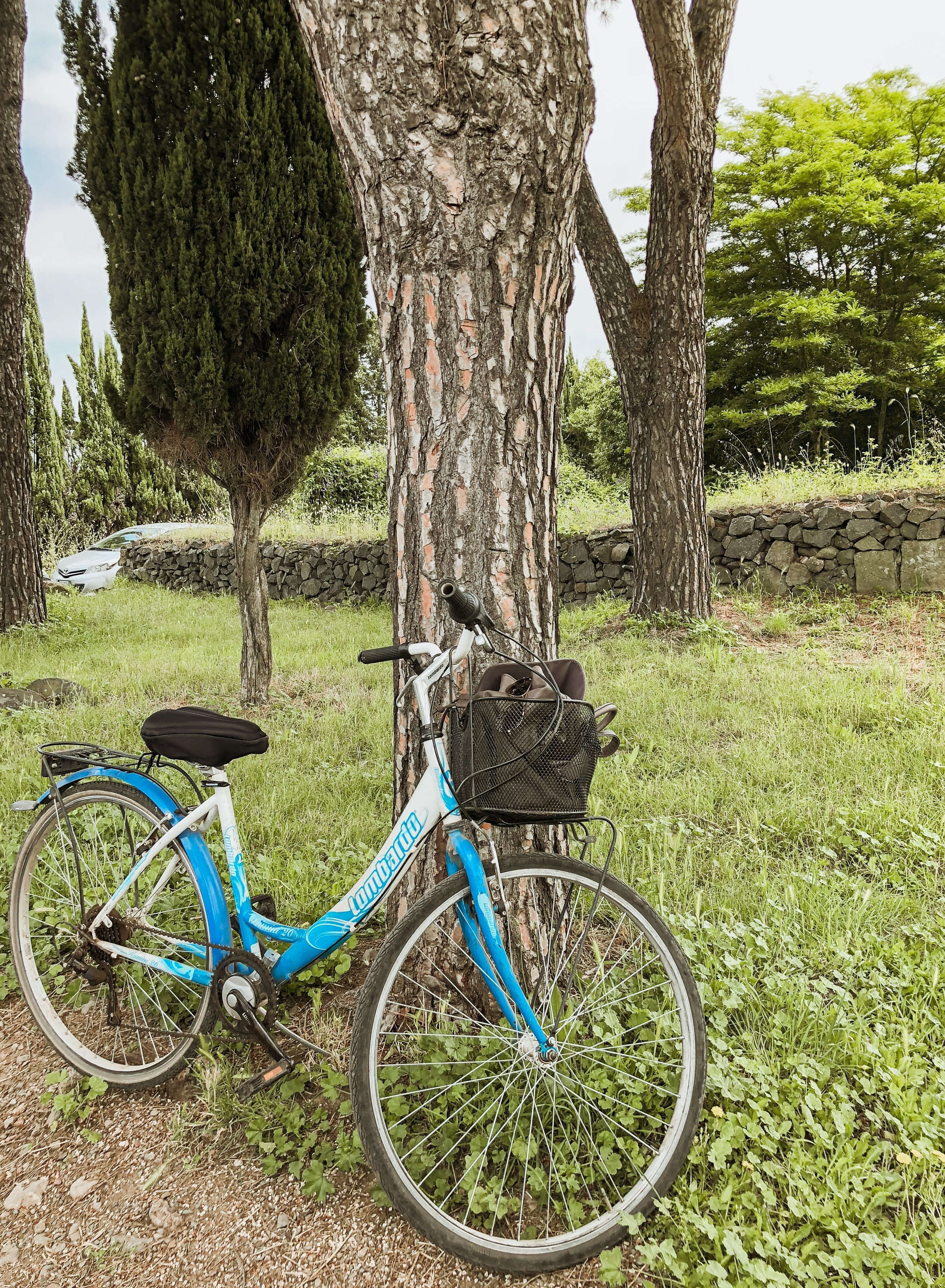 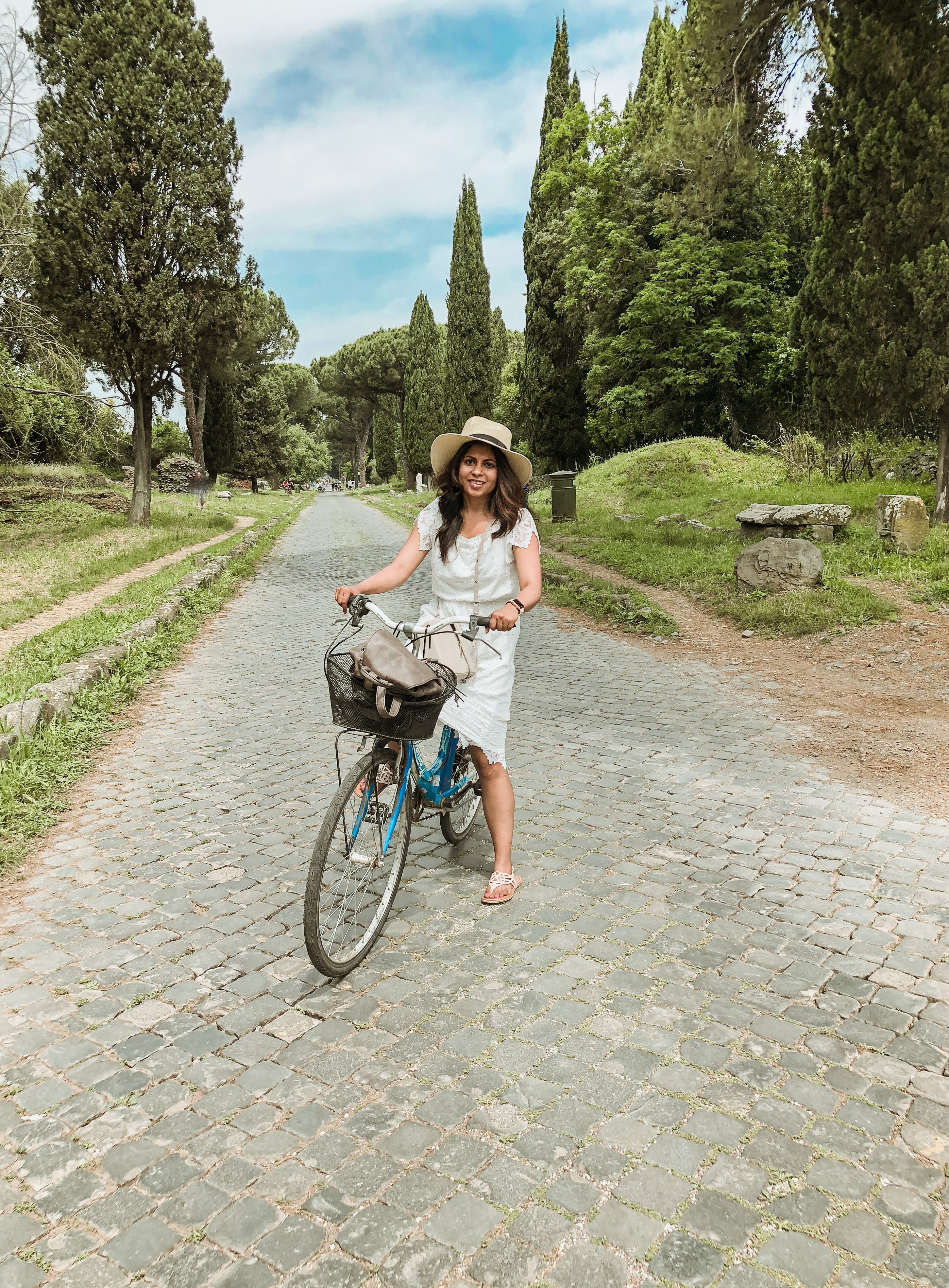 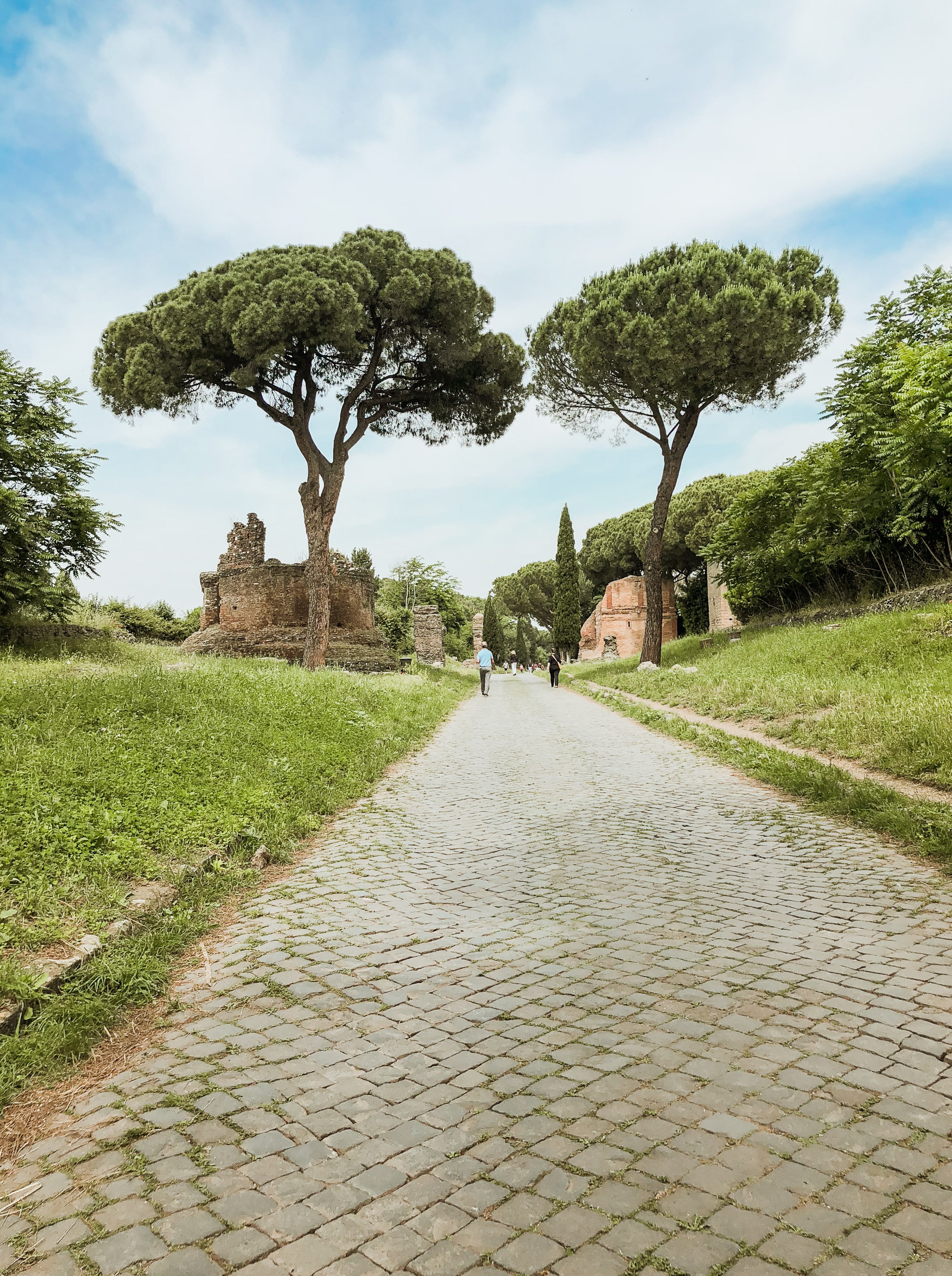 I still remember learning about aqueducts when I was a kid. I was elated when my Mom showed me one in the countryside of India and had always been fascinated by them. It is not a surprise that I quickly added the Aqueduct Park to my list, after all, the Romans were pioneers of building aqueducts. We biked from Appian way to the Aqueduct Park and when we finally arrived, it was picturesque beyond words. It was also free of crowds. We mostly found locals going about their life, runners and walkers enjoying the stunning scenery. I do envy the Romans, for they have a great many choices to workout and explore!  🙂 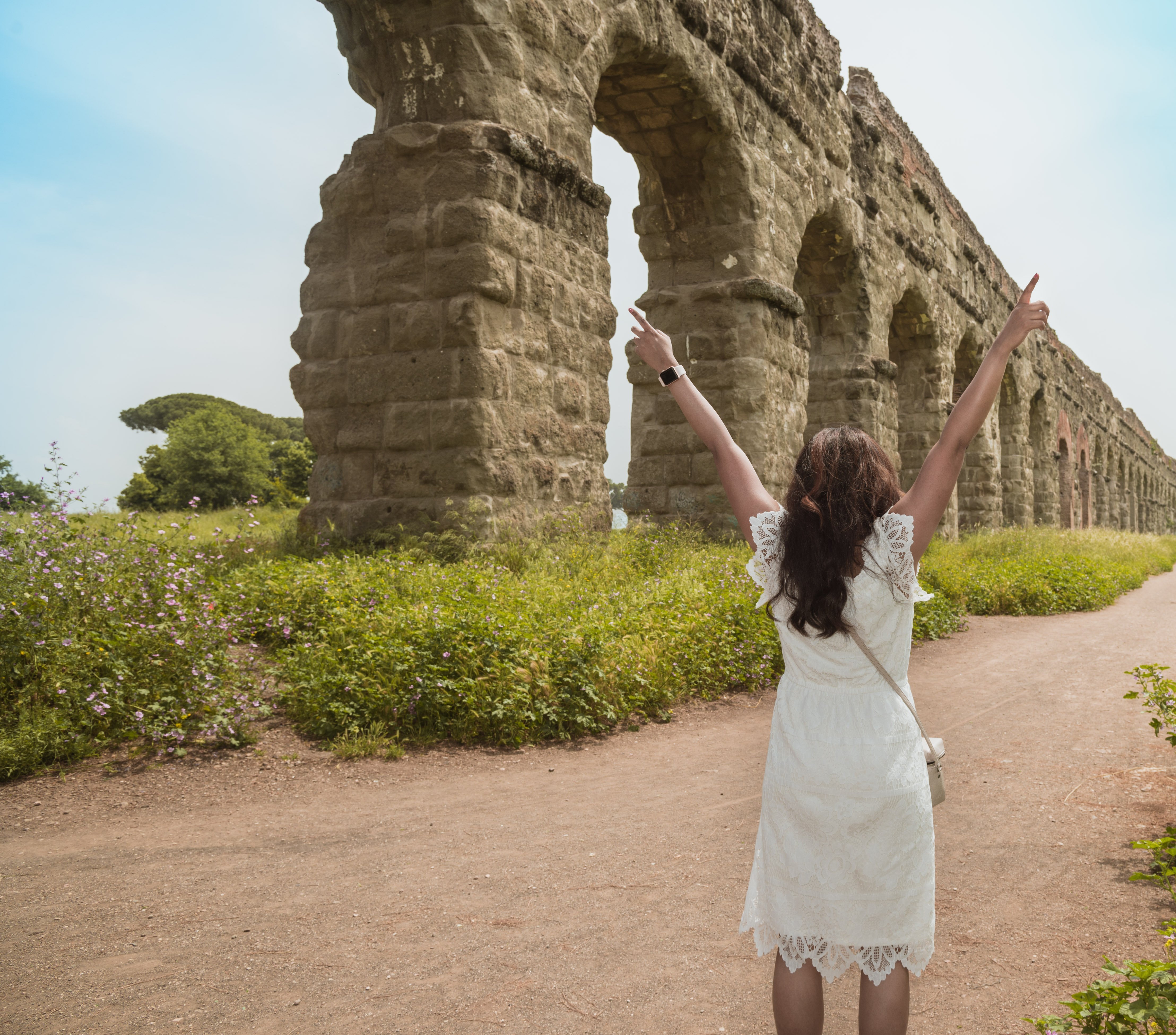 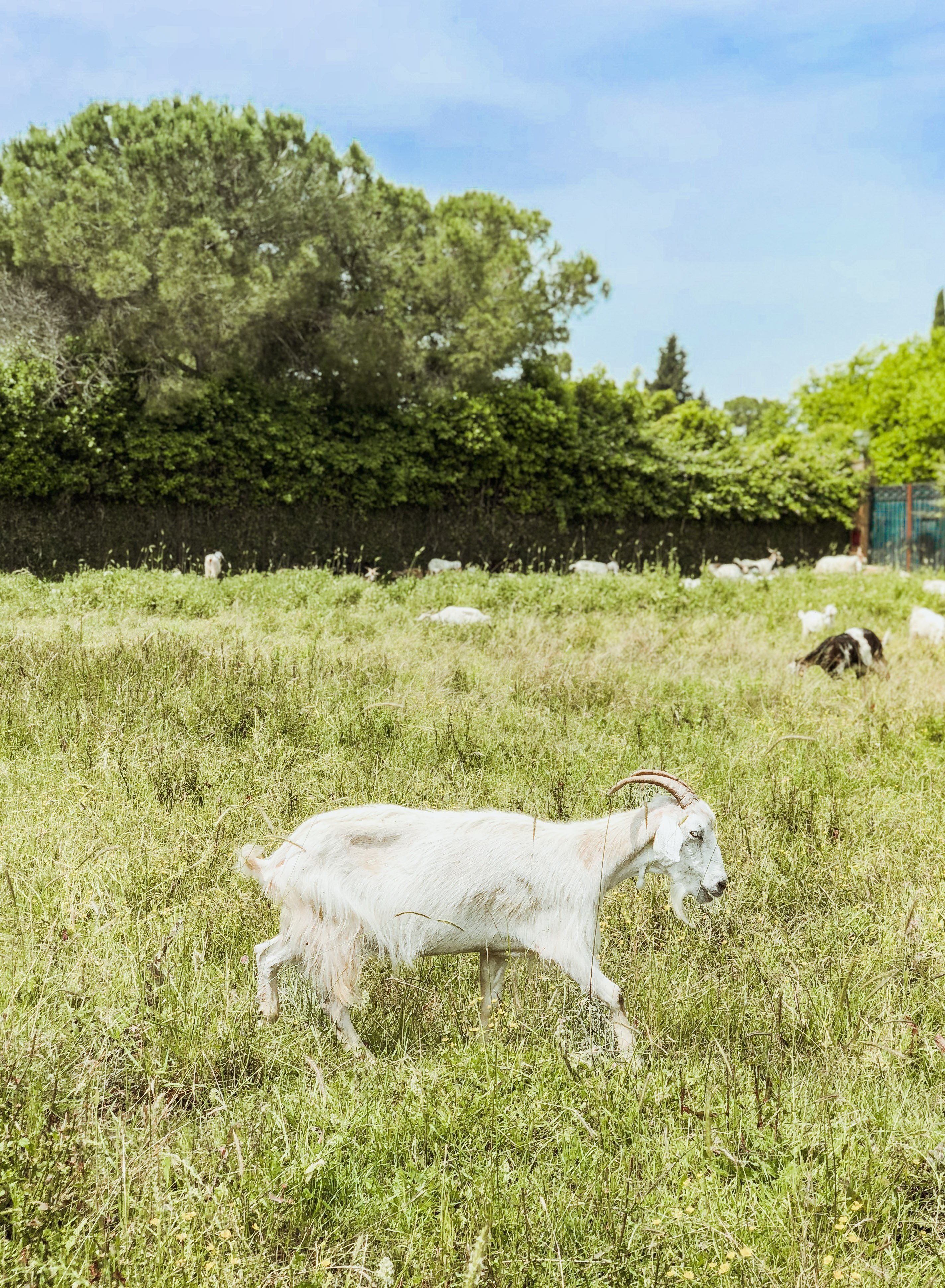 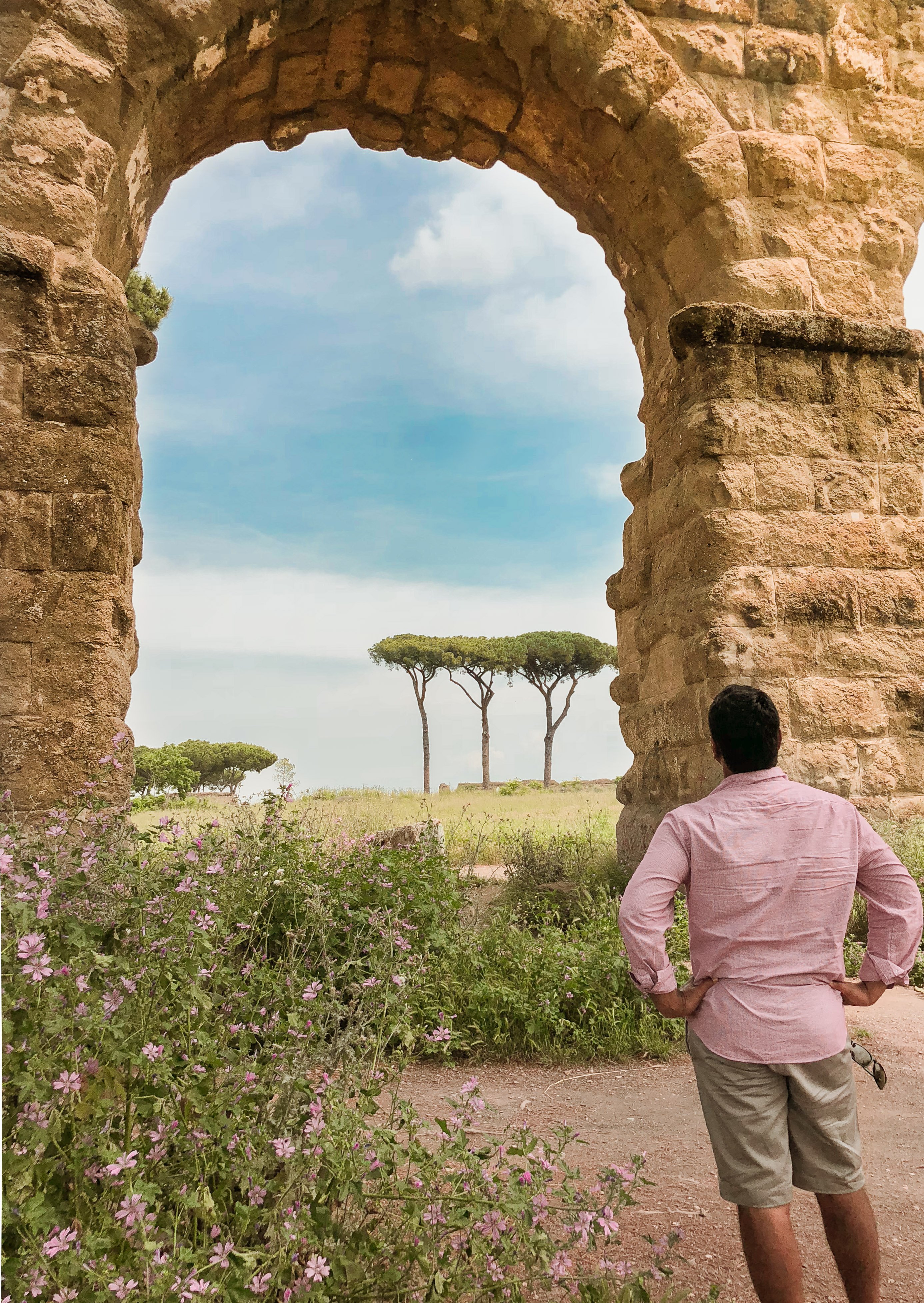 Stone pine cypresses painted the landscape and wild spring flowers added pop of color in orange, yellow and purple. To add to the beautiful landscape, we spotted an upside-down (a smiley!) rainbow. Just as we were admiring the curious artwork of nature, another one appeared! At that moment, it felt like I was meant to be there. I felt present and content beyond my imagination. 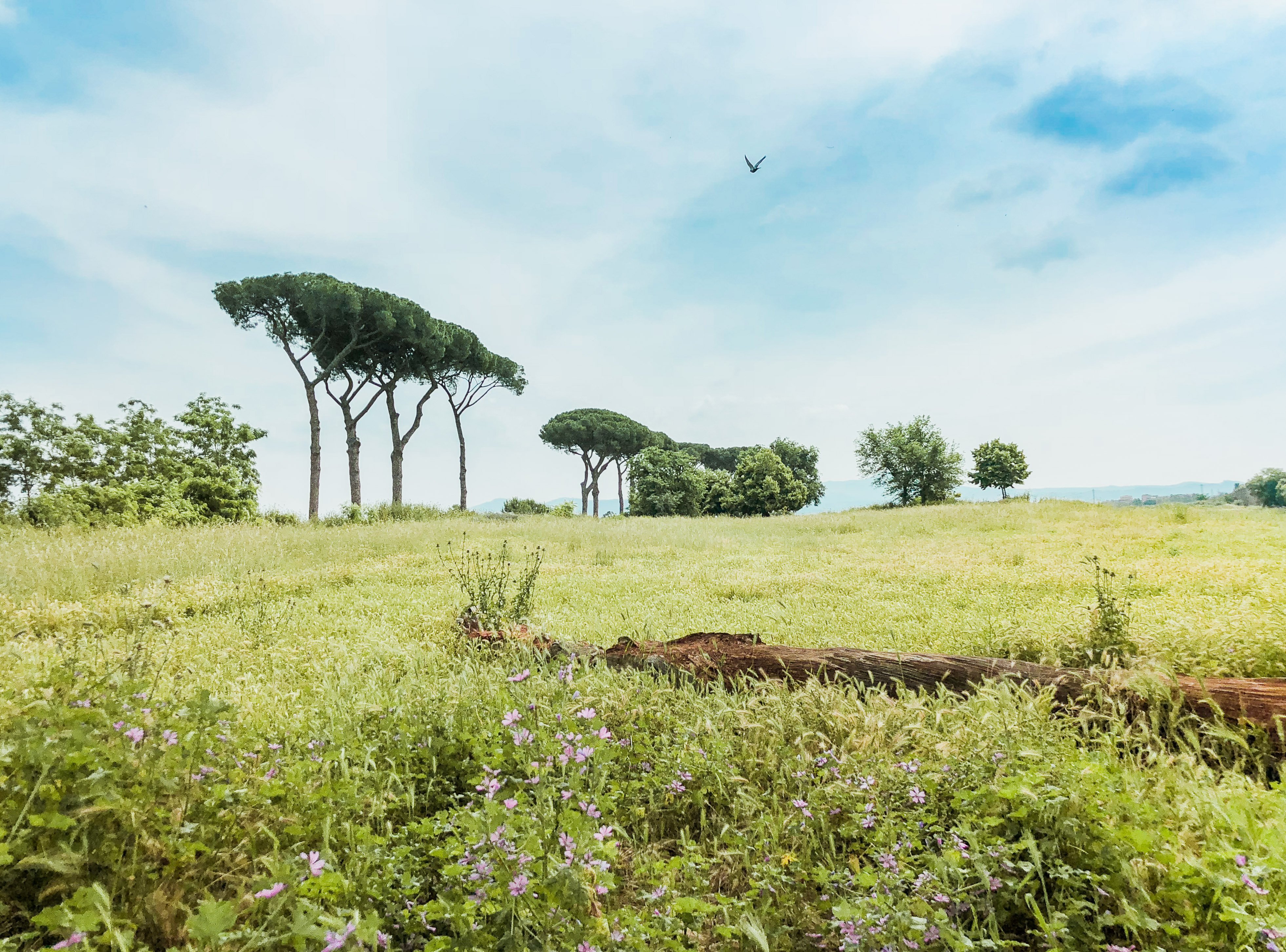 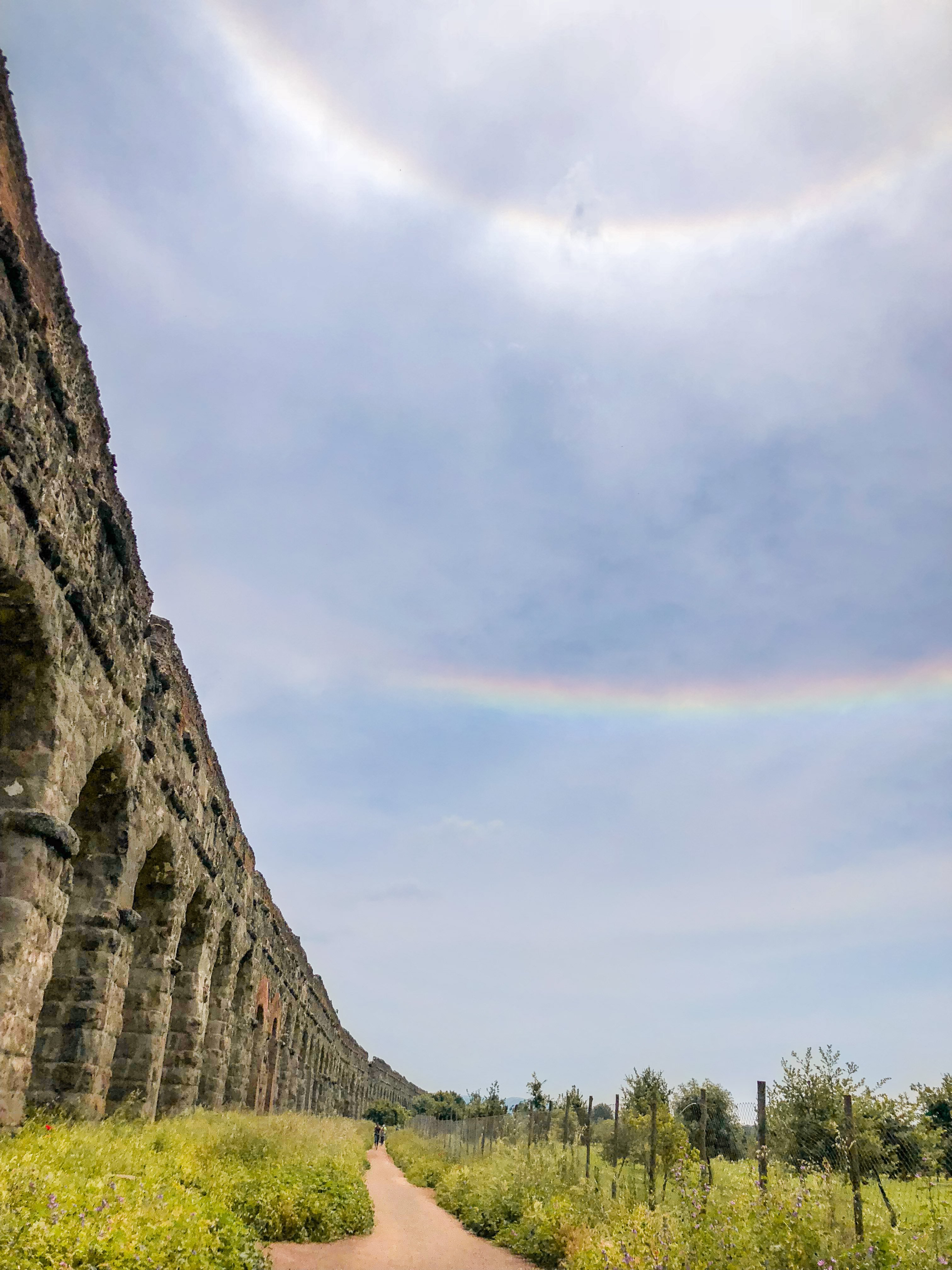 I later found out that the upside-down rainbows are called circumzenithal arcs and are not really rainbows. They are caused by ice crystals in upper atmosphere. 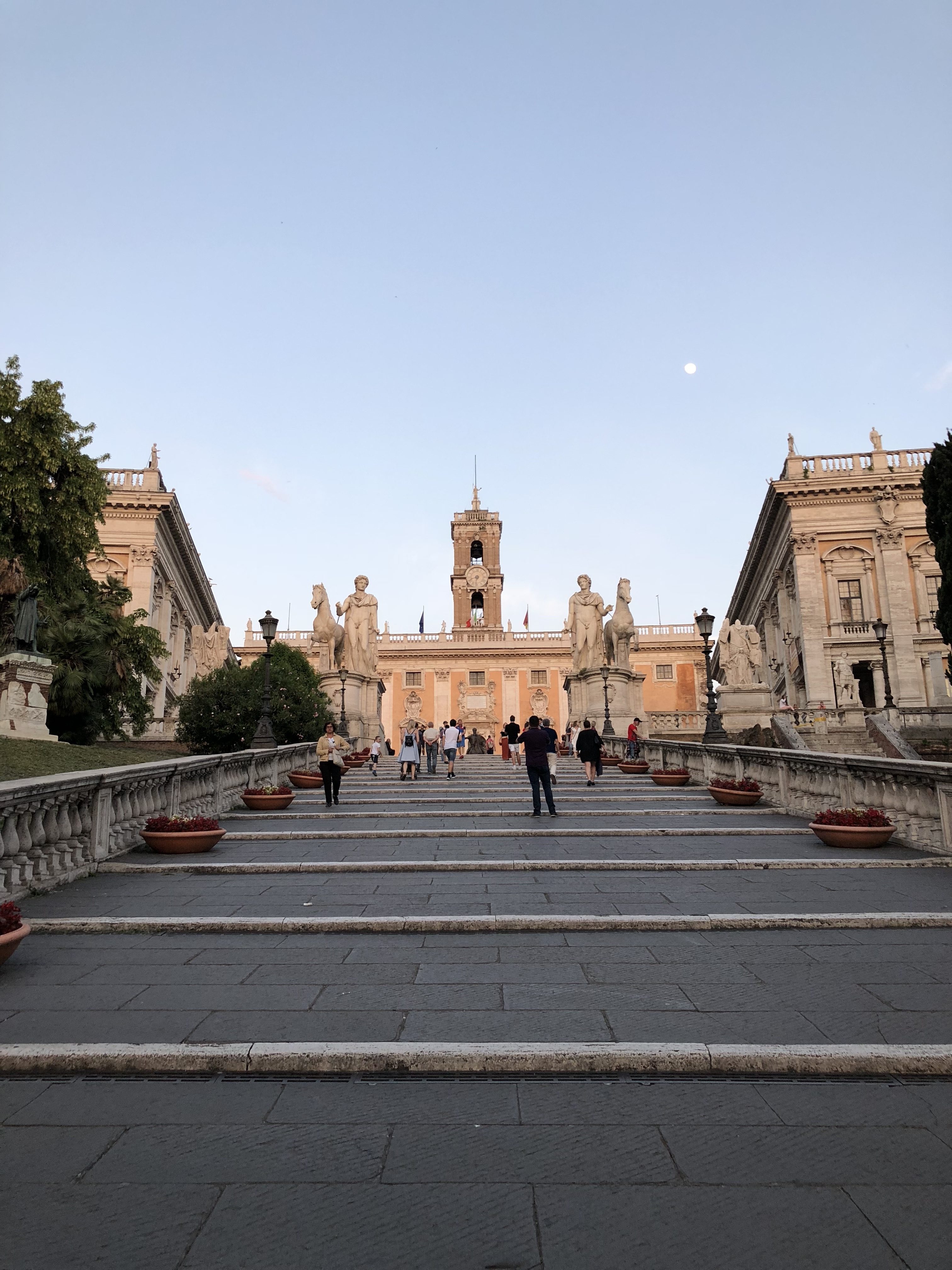 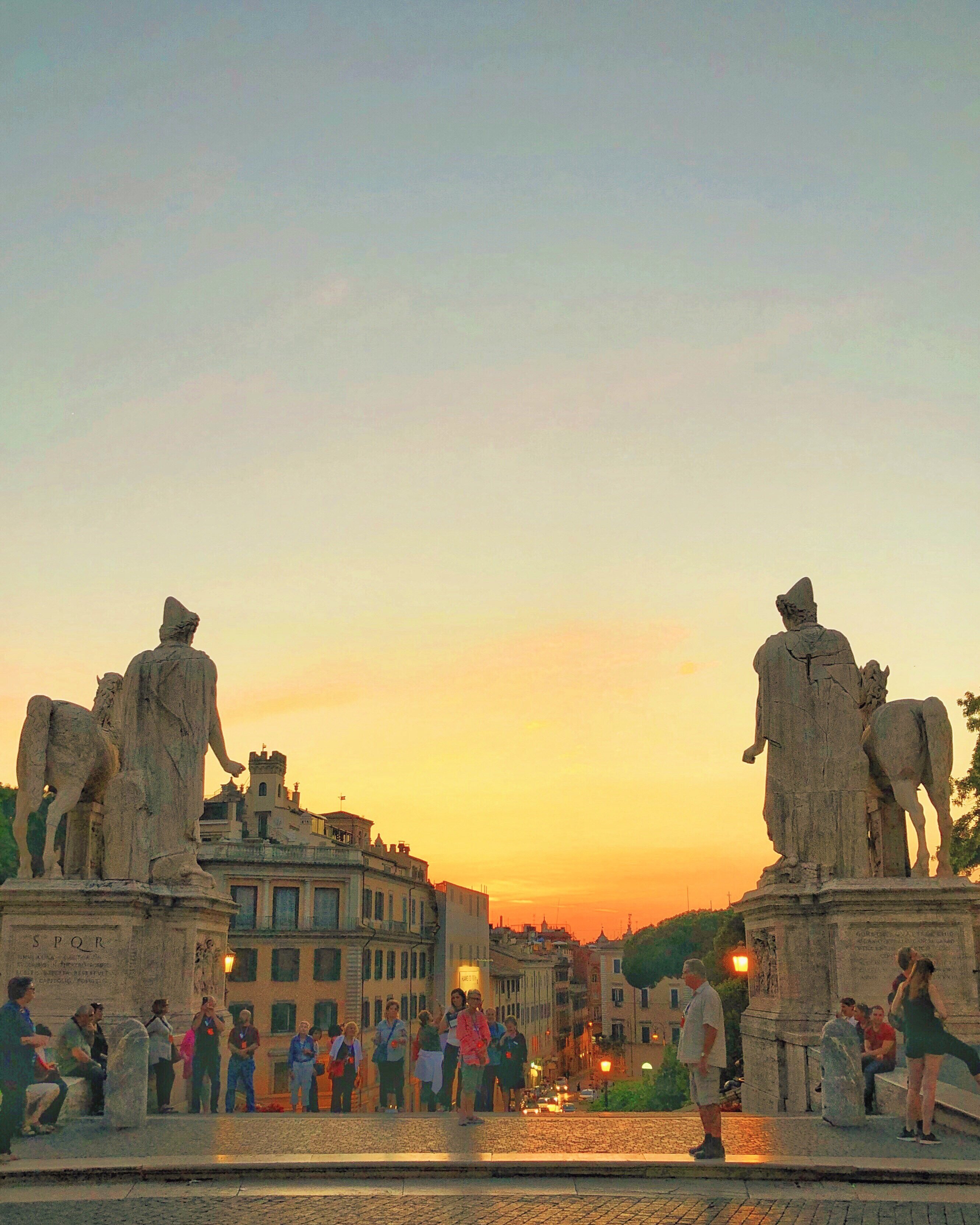 The extent of Roman Empire we talk about today was at its height during the rule of Emperor Trajan. He is widely considered as one of the greatest ruler of Rome after Augustus and is one of the “Five good Emperors”. Trajan’s market and column are so close to the Colosseo that they cannot be missed. Trajan’s Column was built to commemorate the Emperor’s victory in Dacia (Romania). It was unique during its time (and still is) that several others copied and built their own columns. It tells the story of his military campaign in vivid detail and was a worthy place to check out. 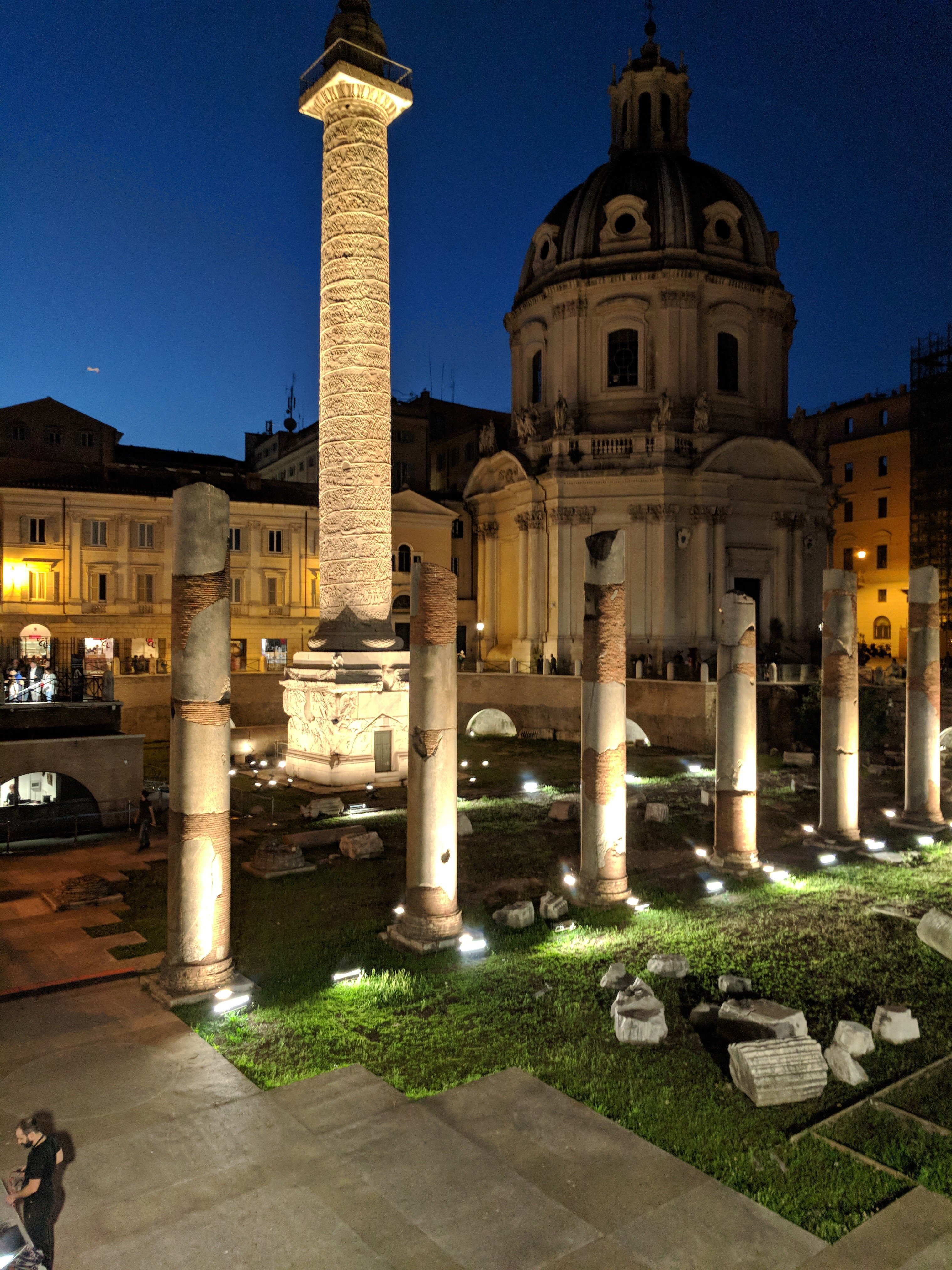 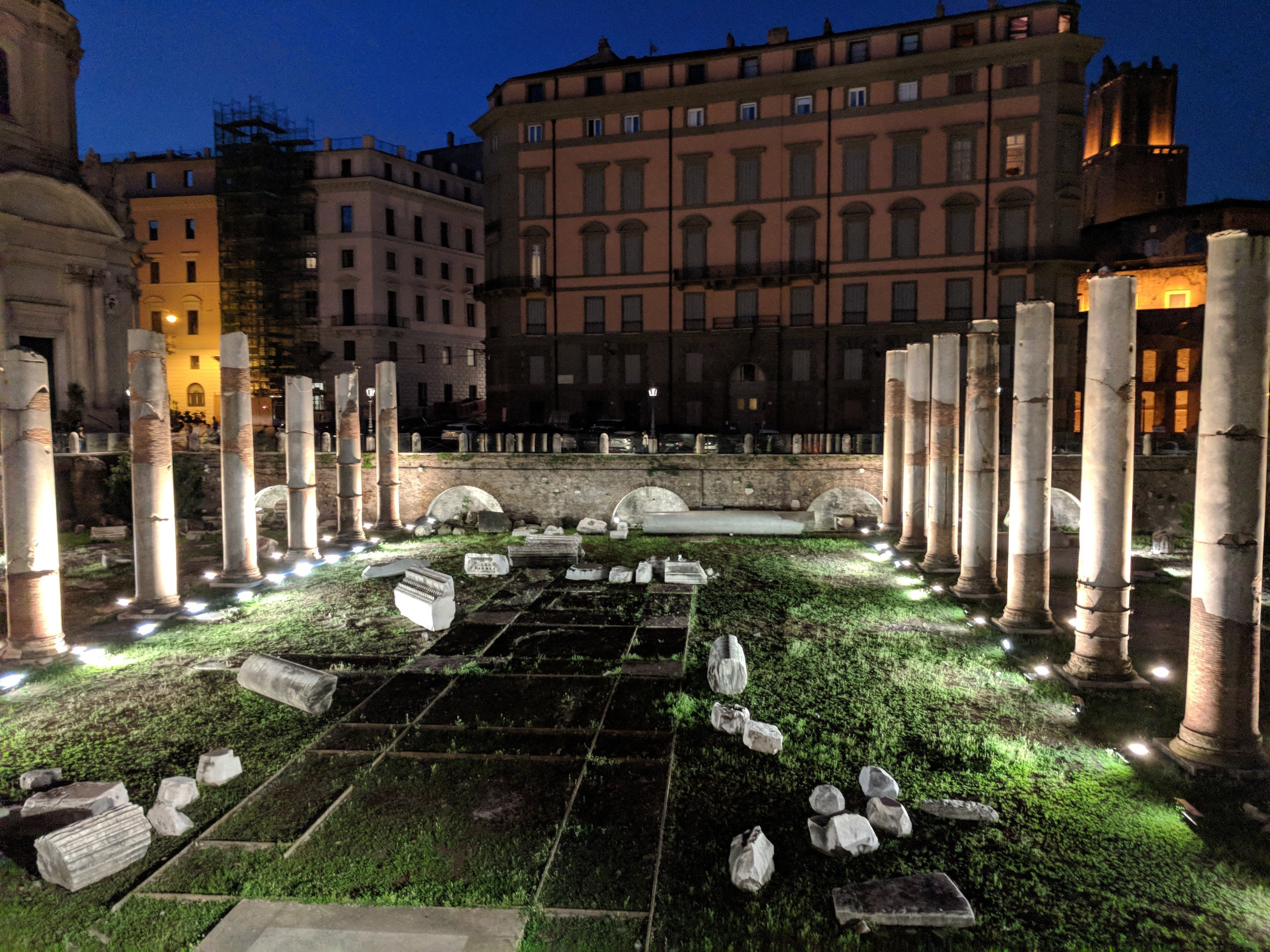 This is when I appreciate technology even more. This tour used multimedia and lights to give us a glimpse into the life of Ancient Rome. It was spectacular. Sitting in Caesar’s Forum on a cool breezy night and watching the projections about his life displayed in front of us was memorable and a highlight of the trip. This was a special tour for sure. 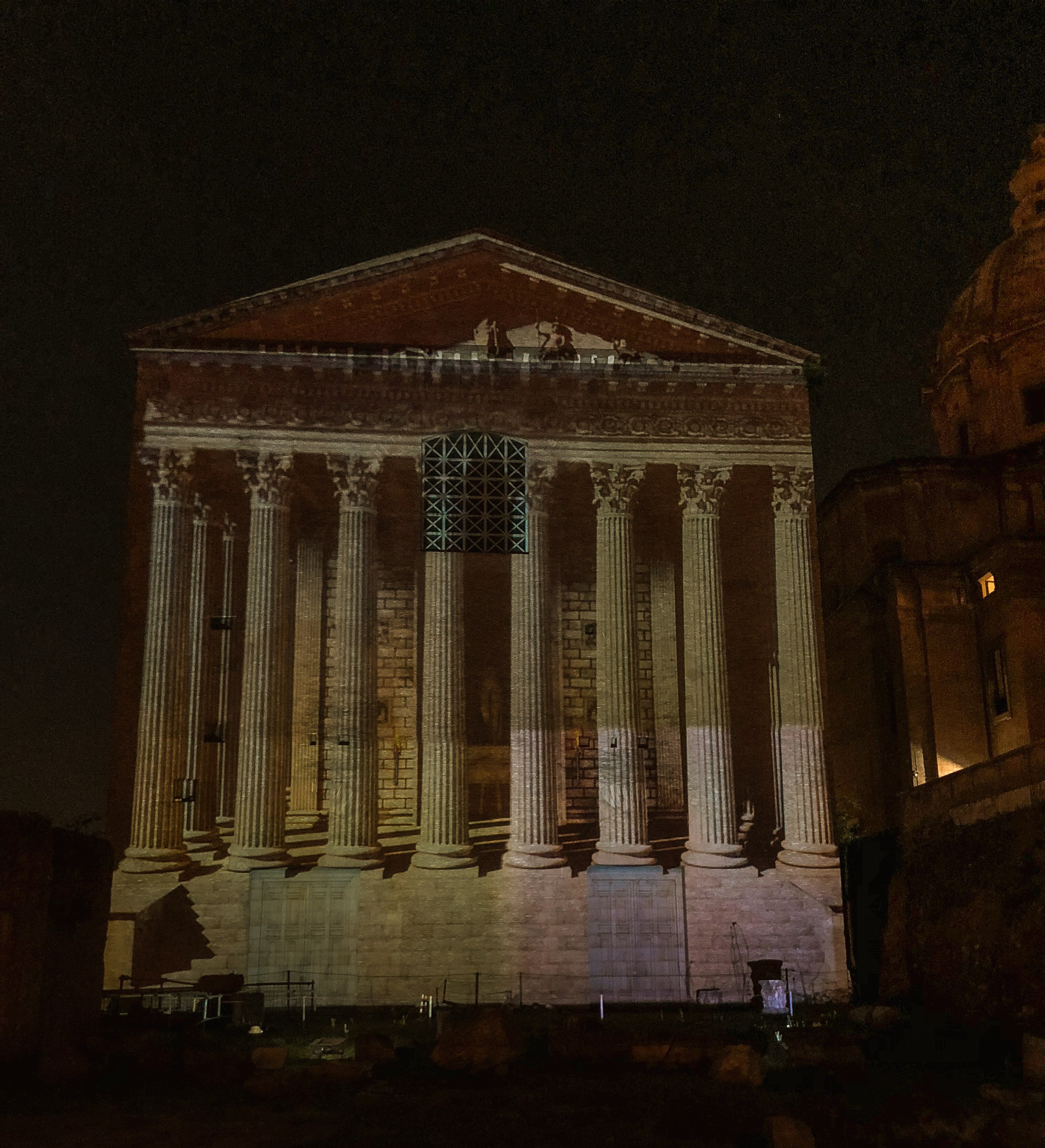 This place is in the middle of the city and also referred to as cat sanctuary. It has four ancient temples and Pompei’s theatre. It is special because not many people know that this is where Julius Caesar was assassinated. 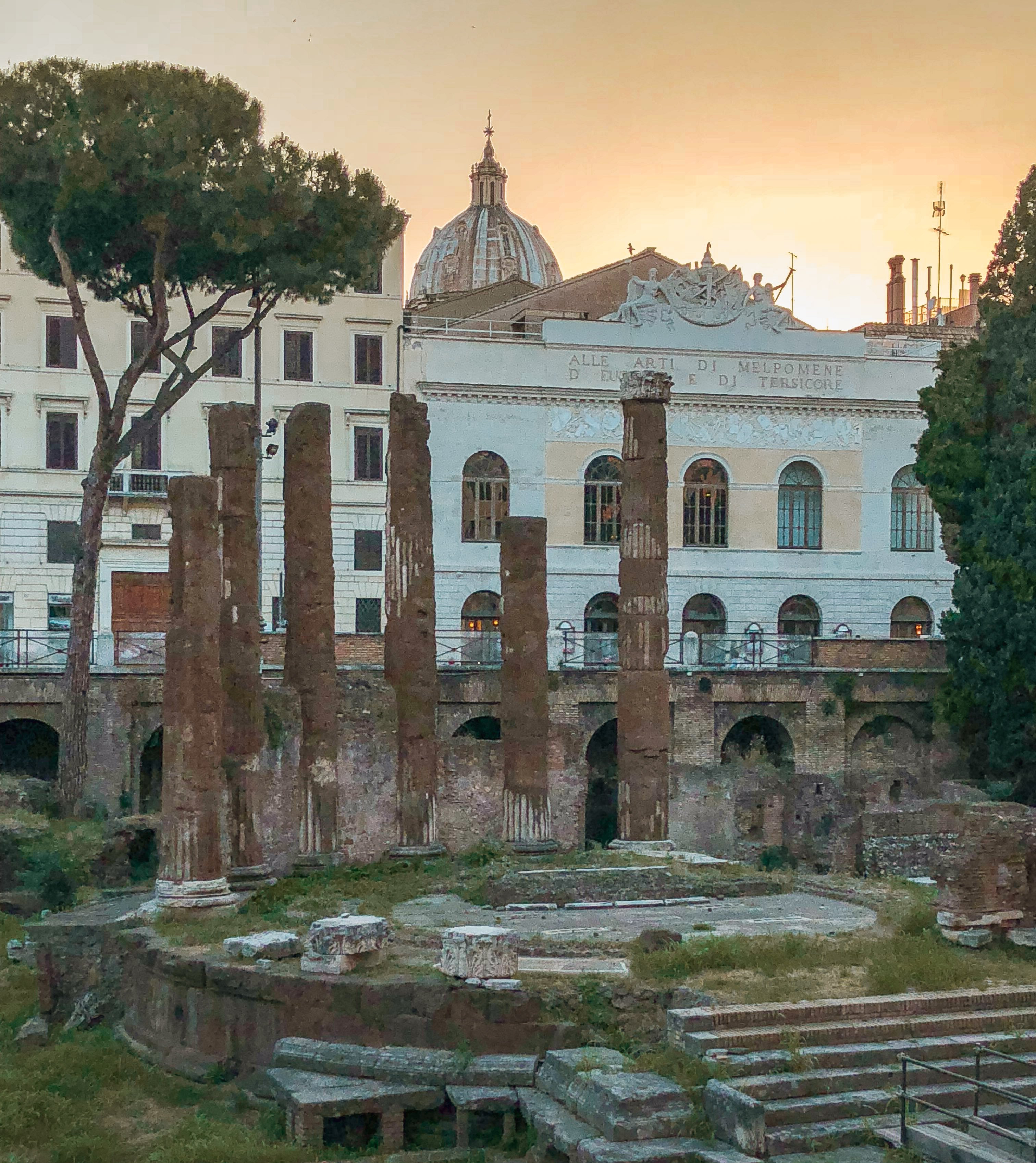 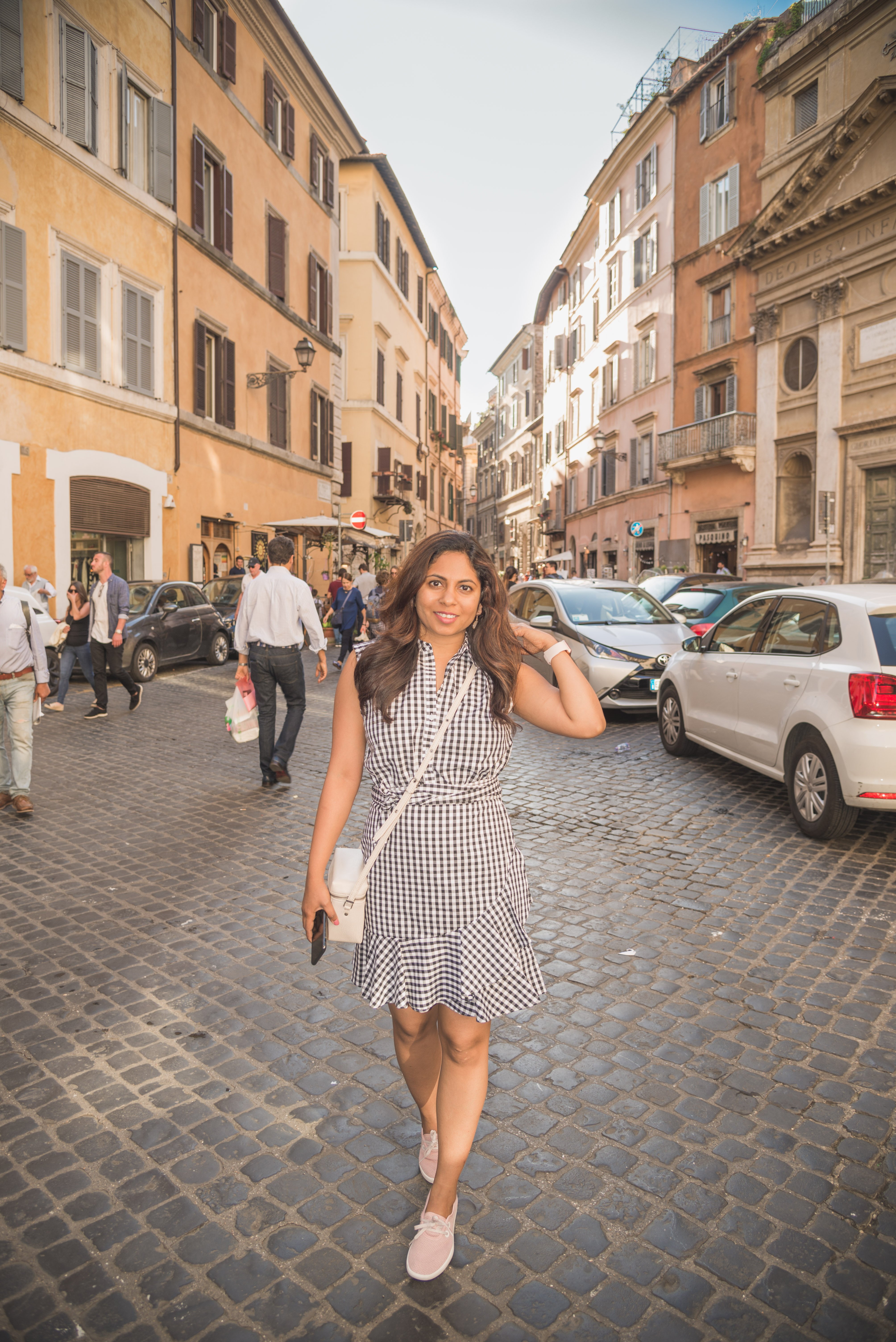 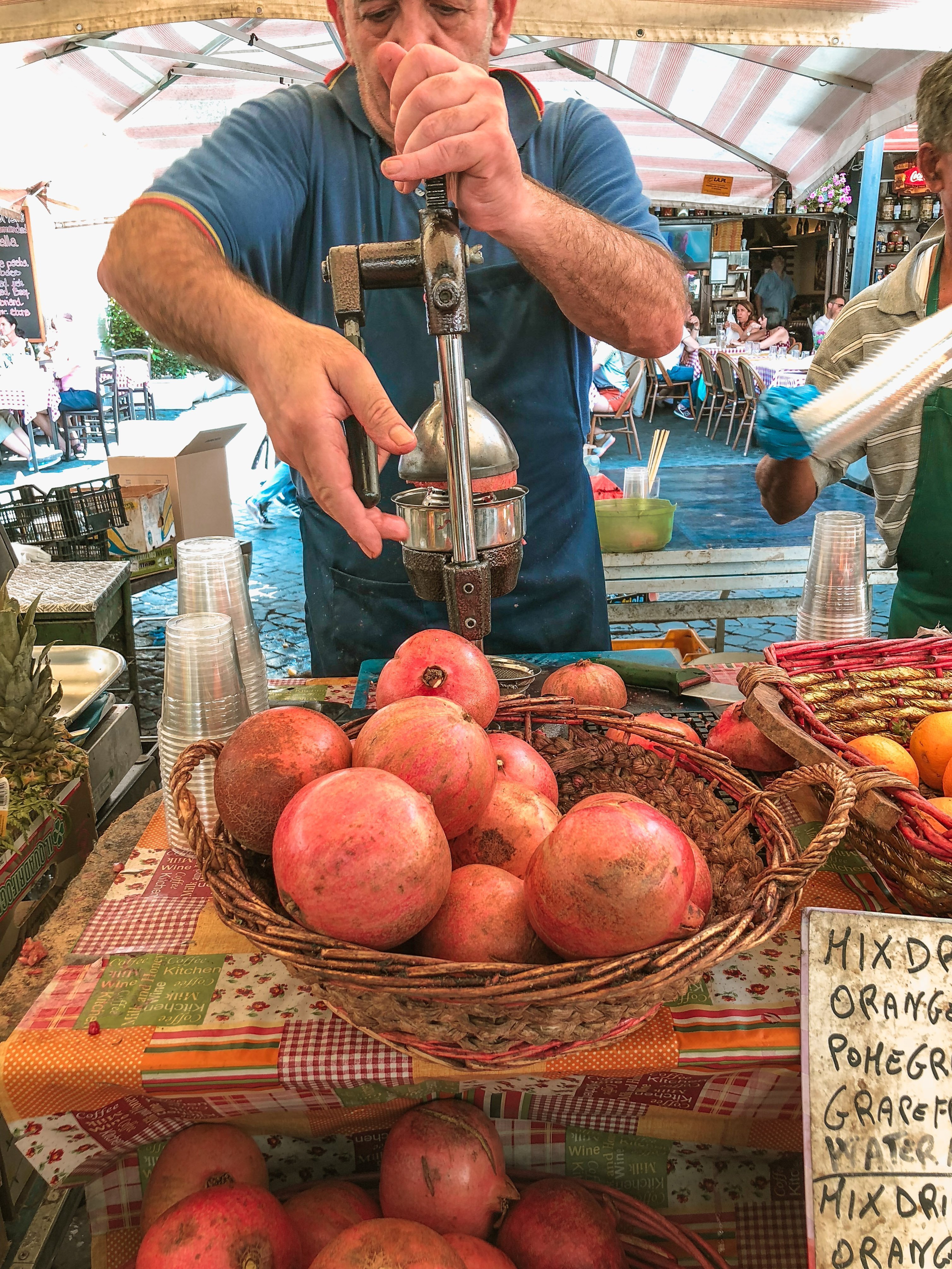 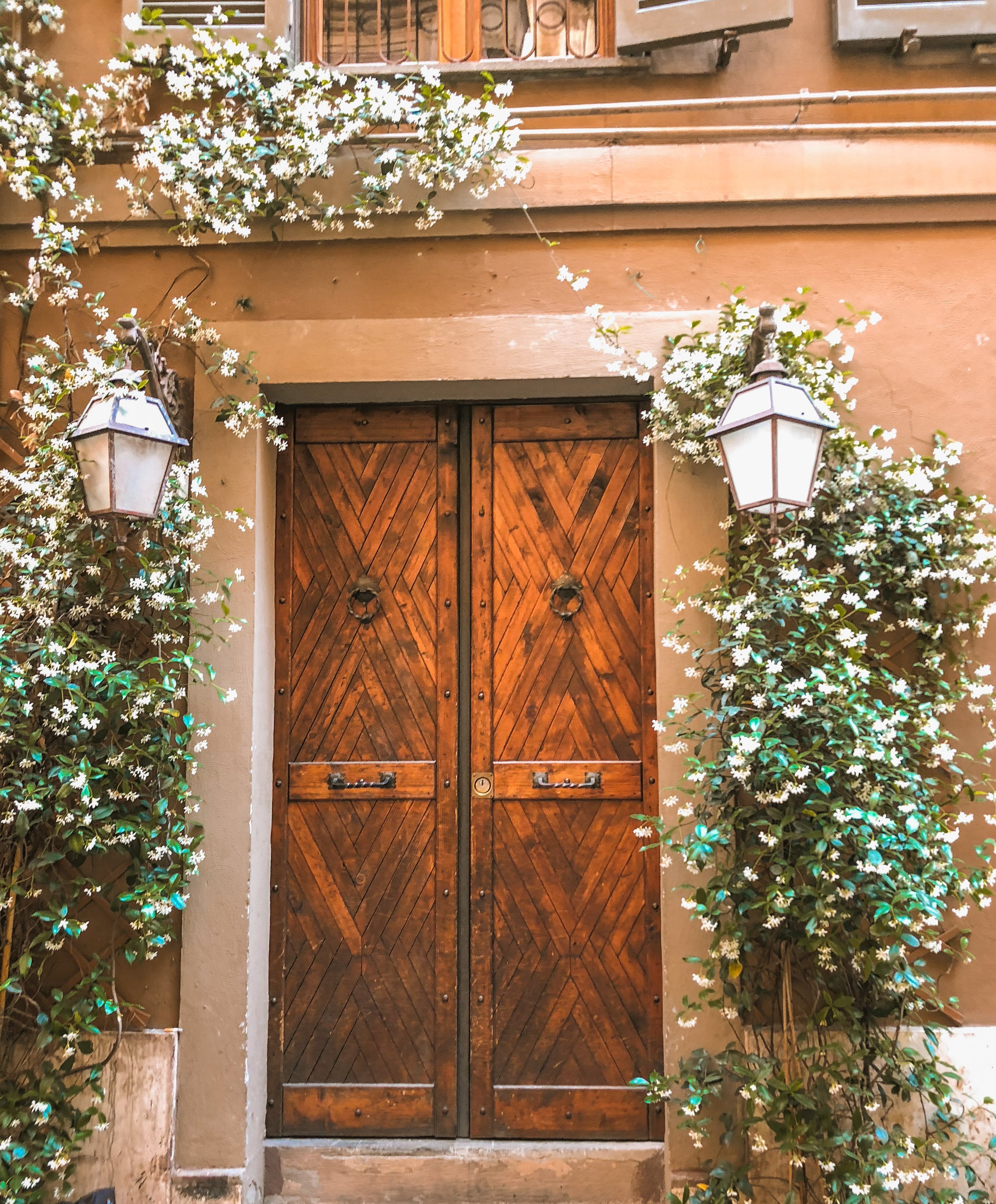 I could go on and on about Rome but alas, everything has it’s end, and there are many more adventures that I am itching to write about. Rome will hold a special place in my heart not only for it’s great history and architecture but also for it’s bubbly character, friendly people and relaxed lifestyle that some of us could only dream of!